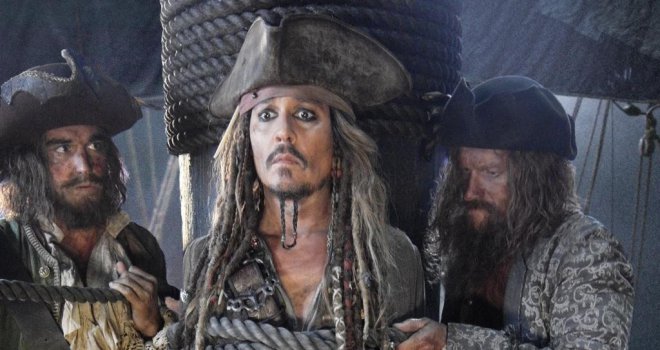 2017: The Year of Prequels, Sequels and Live Action!

Some plots are so good that writers just can’t keep their hands off. There are always more storylines to explore—from the original characters' pasts to the adventures of their children. It's no wonder sequels and prequels are springing up everywhere in 2017.

Expect more from a galaxy far, far away as this sequel to "The Force Awakens" lands in theaters, continuing the epic space opera of Star Wars. The cast of the previous movie returns, along with a few new additions, in December 2017.

In October 2017, the Kingsman will meet their American counterparts, the Statesman. Jeff Bridges, Halle Berry, and Julianne Moore join in on the international spy action this time around.

Thor and the Hulk, two of the most powerful heroes in the Avengers, square off in this upcoming action film. Along with the familiar Avengers cast, Jeff Goldblum joins the fray in November 2017 as well.

In this post-apocalyptic movie, Hugh Jackman returns to star as Wolverine one last time. Scheduled for March 2017, the plot will follow an aged Wolverine mentoring a pupil.

In June 2017, Gru, a super villain-turned-hero, returns in another animated film for all ages. This time not only does he battle a new foe, but he reunites with his twin brother, who's also voiced by Steve Carell.

John Wick, played by Keanu Reeves, comes out of retirement to tangle with an assassin's guild in this action flick. Actors including Common, Laurence Fishburne, and John Leguizamo also share the stage in February 2017.

Ridley Scott directs this sci-fi film, which serves as both a sequel to "Prometheus" and the sixth movie in the Alien franchise. The story follows the crew of the Covenant, a ship that lands in a mysterious—and likely dangerous—paradise.

The British black comedy "Trainspotting" has developed a cult following over the years, and this sequel will try its luck at pleasing fans. In February 2017, you can watch the original characters (and actors) reunite in Scotland.

"Guardians of the Galaxy Vol. 2"

The cast of the action-comedy film "Guardians of the Galaxy" returns in May 2017. This time the group of colorful characters wanders the galaxy while battling bad guys, uncovering mysteries, and rediscovering the meaning of teamwork.

"Pirates of the Caribbean: Dead Men Tell No Tales"

Every time it seems like the high-seas adventure is over, Captain Jack Sparrow returns to the screen. In this fifth installment to the series, Sparrow battles Capitán Salazar, a man determined to bring an end to pirates. The May 2017 movie will feature Orlando Bloom, Johnny Depp, and Geoffrey Rush.

Lightning McQueen tries to keep up with the newest generation of speedy cars in this June 2017 animated movie. Owen Wilson and Larry the Cable Guy return to voice some of the series' most recognizable characters.

Alice heads back to Raccoon City in the final movie of the Resident Evil horror series. Once again, it’s her mission to battle the Umbrella Corporation in a post-apocalyptic showdown. The movie reaches American shores in January 2017.

Which sequels or prequels are you most looking forward to? Share your opinions with the community in the comment section below!

The Ugliest Christmas Sweaters to Make it to the Big Screen