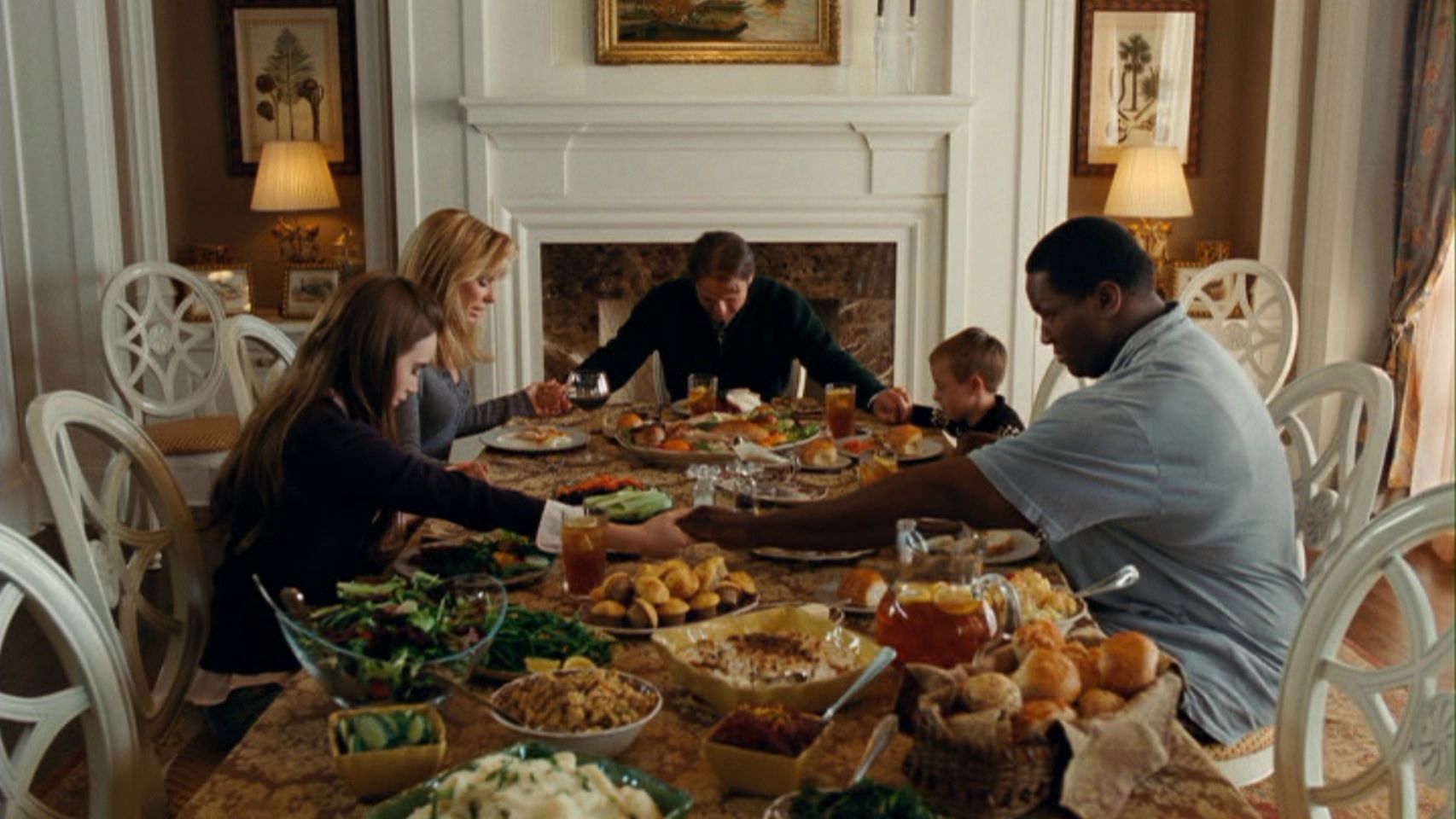 8 Movies to Feast on after Thanksgiving Dinner

Once the plates are empty, the leftovers are stored away, and the food comas have started to kick in, gather the family around the television for an evening movie. These Thanksgiving movies not only provide something for you and your family to veg out to, they also get you in the holiday spirit for December. Feel free to laugh or cry along with the characters, but try not to nod off!

Neal Page might be an uptight businessman, but, like everyone else, he’s just trying to get home to enjoy the holiday with his family. Unfortunately, fate has other plans, and Page ends up on a wild November journey with a chatty stranger named Del Griffith. Writer, director, and producer John Hughes leads the characters through a series of hilarious events.

This movie offers a little less comedy and little more warmth as a homeless teen named Michael finds comfort and guidance with a new family. There’s plenty here for sports fans as well; Michael happens to be a hulking figure who unleashes his talents on the football field. Sandra Bullock won numerous awards for her role in this 2009 film.

Another holiday buddy comedy, this movie brings together John and Max, two elderly neighbors with a rough history. Their relationship seems to take a turn for the worst when they both get the wintertime hots for the same woman. The famous acting duo John Lemmon and Walter Matthau bring plenty of witty banter into your living room with this 90s classic.

“Home for the Holidays”

Perhaps everyone in your living room can relate to the dysfunctional family that Claudia has to deal with in this 1995 comedy-drama. Tensions are high as she clashes with her family members, but she soon realizes this holiday meeting is an opportunity to soothe some long-standing issues and maybe even find some romance. Jodie Foster directs this 1995 movie and brings along a recognizable cast that includes Robert Downey Jr. and Dylan McDermott.

Expect yet another dysfunctional family in this 2003 comedy. In this plot, Dr. Mitch Snider meets his long-lost cousin Woodrow, who proceeds to make his life much more interesting for the holidays. City and country collide in this family reunion movie, starring Judge Reinhold and Bryan Cranston.

If your kids are still filled with energy after stuffing themselves on turkey, this animated movie is a great after-dinner option. Time traveling turkeys attempt to rewrite Thanksgiving traditions in this 2013 comedy. The fate of turkeys everywhere are at stake, but the plot offers a lighthearted adventure through time.

In the second of the three Addams Family movies, the ghastly group unites to celebrate a new baby. Unfortunately, not every member of the family is happy about this turn of events—especially young Wednesday and Pugsley. Expect supernatural comedy as the family comes into conflict during the Thanksgiving season.

If your family is looking for a little onscreen mischief after dinner, this 2011 movie offers a dose of holiday crime and comedy. A group of average Joes rely on a petty thief to help them rob from the rich, but they find themselves in over their heads. Eddie Murphy brings the laughs, alongside numerous other comedic actors, including Ben Stiller.

Do you have a holiday-themed idea that you’re ready to share? Sign up today for Greenlight Pix.

8 Movies You Just Have to Watch this Halloween