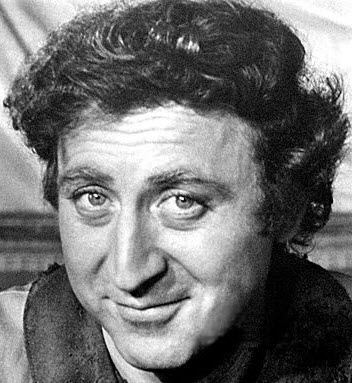 Unfortunately, 2016 has been a rough year for pop culture legends, with some of the greats passing away before they could share more of their gifts with us. The legendary comic actor Gene Wilder passed away on August 29 at the age of 83, leaving yet another absence in the pantheon of beloved artists who touched our lives.

With his unmistakable curly hair and kind blue eyes, Wilder had an unconventional beauty that made him especially captivating to watch. But it was his talent for blending comic timing with a depth of soul that really brought his characters to life and made him so fun to watch. This special gift is perhaps most evident in his portrayal of Willy Wonka in the 1971 adaptation of "Willy Wonka and the Chocolate Factory."

Wilder's considerable talent is on full display in that film, which remains the definitive film version of that story thanks to his pitch-perfect performance. As Willy Wonka, Wilder proved that no amount of modern special-effects fluff can make up for solid fundamentals. It was this talent and nuanced approach that made his performances so memorable and special.

Collaborations with the great comedy director Mel Brooks mark another bright spot in his storied career. In both "Blazing Saddles" and "Young Frankenstein," Wilder managed to make anti-hero characters both sympathetic and hilarious with little apparent effort.

Wilder's life is also marked by his philanthropic efforts. He married comedian Gilda Radner in 1984, a union that led to collaborations on two of Wilder's directorial efforts, including "The Woman in Red." When Radner, who suffered from ovarian cancer, passed away in 1989, Wilder channeled his grief into ovarian cancer research efforts, helping to found several organizations in his late wife's name, including Gilda's Club.

It's understandable to feel some grief after one of your beloved acting favorites passes away. Remember Wilder fondly, and let us know in the comments which of his performances inspired you the most and why. Share your favorite Gene Wilder quotes and link to some of your favorite scenes that show off his considerable talent.

How TV Has Changed Over the Years